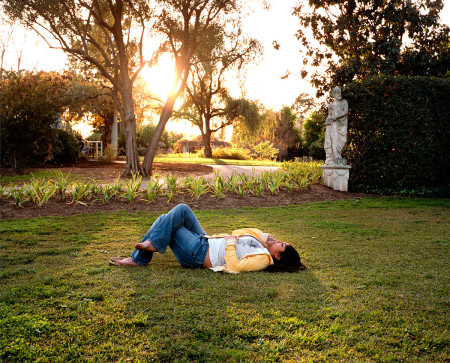 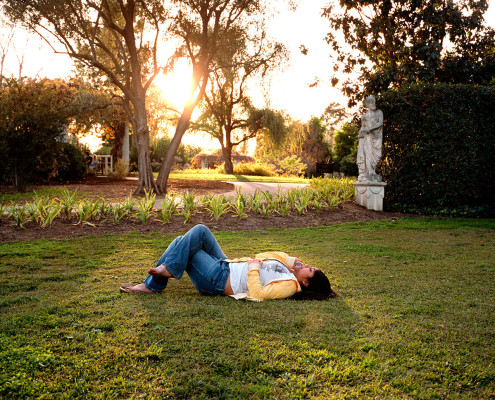 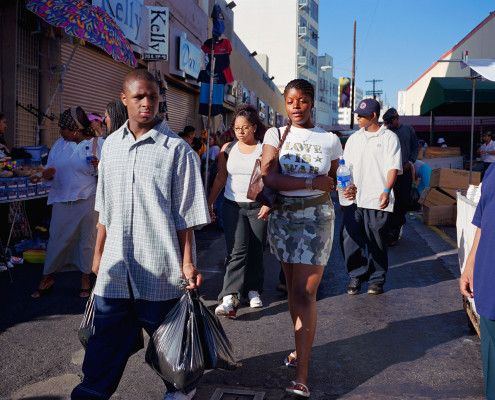 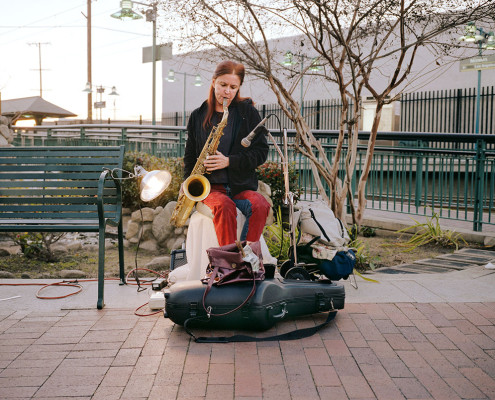 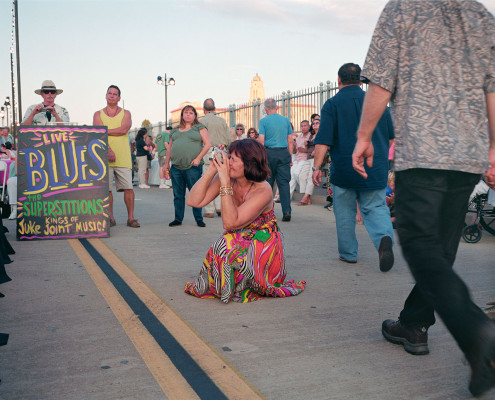 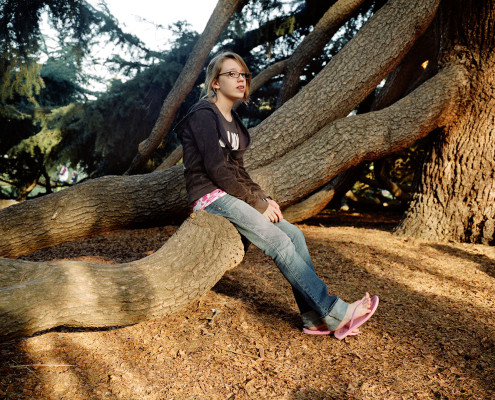 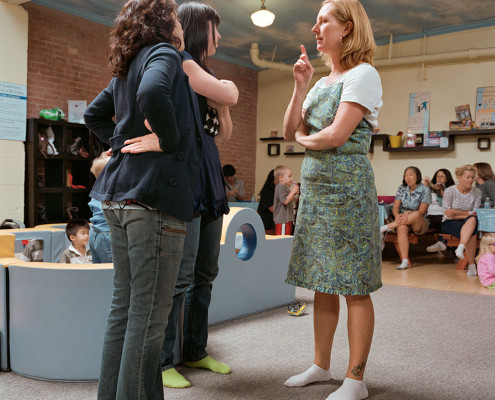 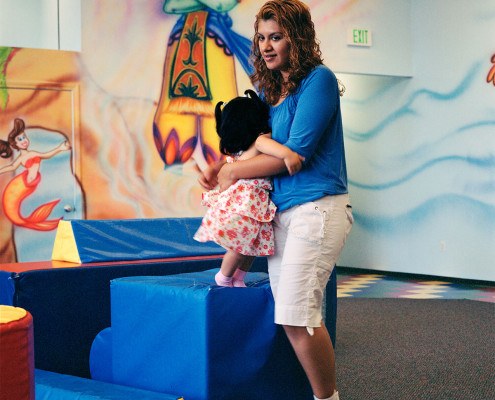 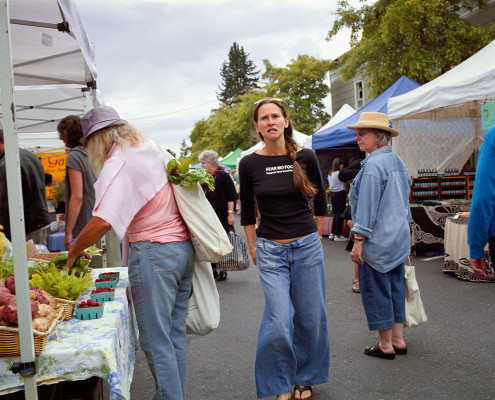 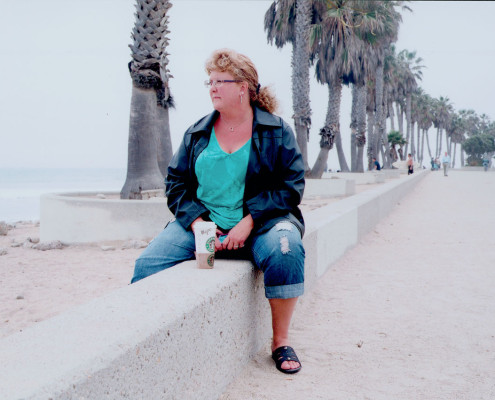 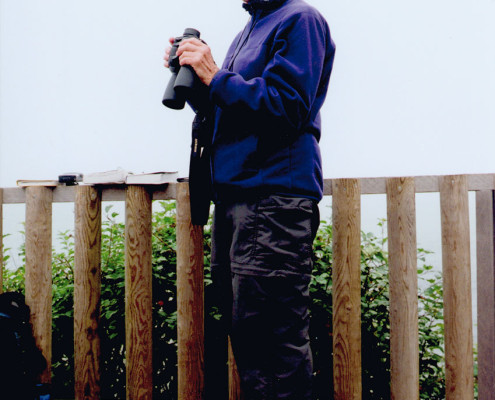 Prior to moving to Los Angeles in 2000, I had an longstanding and open-ended street photography practice even when that genre fell out of favor. The way people comport themselves in public is an endless source of fascination. In LA, my practice and my images changed due to the character of the city and its unique sense of public space.  Typically, private space is thought of as a refuge from public life, but here the inverse seems true.  I like to mix unposed images of strangers, posed shots of people I know, and shots of people I don’t know who I’ve asked to sit for a photograph. The images I am most drawn to blur the line between candid photographs and portraits. I eventually expanded the project to include scenes around the Olympic Peninsula in Washington where my parent retired.